On any night when the moon is above the horizon I'd look up and see this: 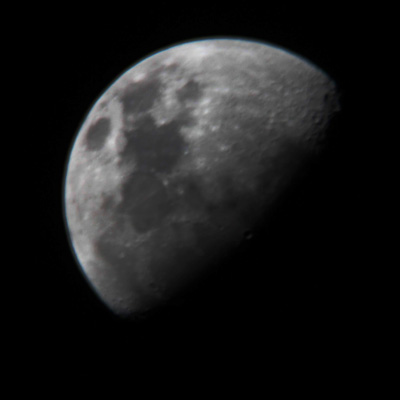 I have always dreamed of going up into outer space, and maybe someday I'll have the chance too. 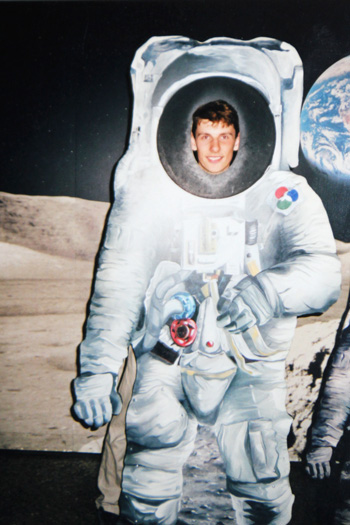 During my graduate school studies, I joined the Students for the Exploration and Development of Space (SEDS) and helped build a radio telescope up in Orangeville Ontario. I also had the opportunity to attend a conference to discuss space exploration and development where I got to rub shoulders with real astronauts and leaders in the field. 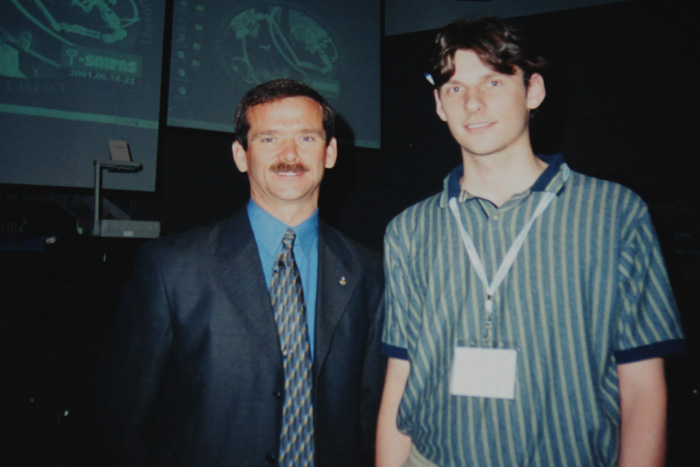 I remember talking with Chris and suggesting we need to go back to the Moon to build a lunar base rather than spending resources to explore Mars (this was back in the early 2000's). 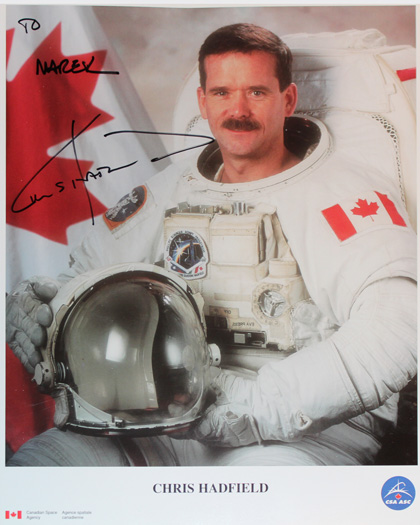 After finishing my Master's degree in Robotics and Controls, I moved to Toronto and joined The daVinci Project.

The daVinci Project was a privately funded, volunteer-staffed team of people attempting to launch a reusable crewed suborbital spacecraft. The team was one of the contenders for the Ansari X-Prize.

We didn't win the X-Prize but our design had a lot of similarities to Space Ship One's design. Our idea was to attach a rocket to a helium ballon and lift it up to 80,000 feet.

The rocket would then be launched from mid air and fly up into space before coming back down to earth using parachutes. 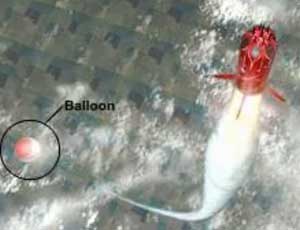 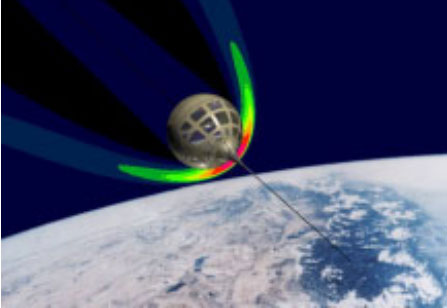 We created and iterated over a lot of designs, simulations and prototypes to analyze all the characteristics of the entire flight. We even built a number of full size mockups of the actual rocket to drum up interest in our project and to secure funding for the final design. 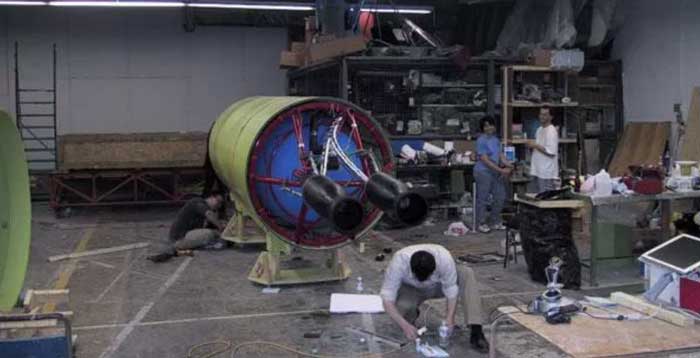 I was the team lead of the Simulation Dynamics and Controls for the rocket, which meant that I built the cockpit simulator so that the pilot could practise flying the rocket. 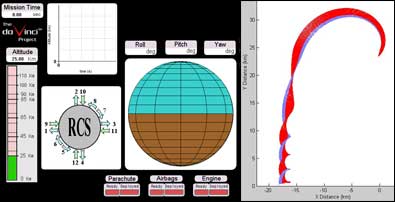 We published a paper with details of our flight analysis and design in the Proceedings of 3rd Internation Symposium: Atmospheric Re-entry Vehicles and Systems in 2003. A copy of the published paper can be downloaded here.